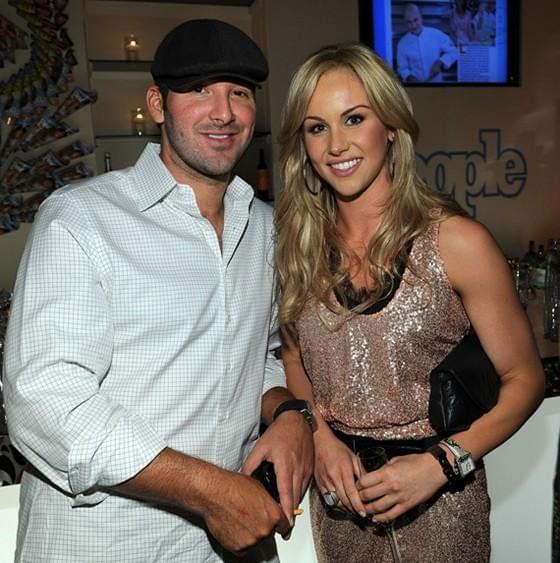 Candice Crawford received a very special gift from Tony Romo for her 24th birthday this year: a ring and a marriage proposal.

Crawford, pageant queen and KDAF-TV anchor, was celebrating the milestone with Romo, 30, and her family at Five Sixty restaurant in Dallas on Thursday when he popped the question, reports the Dallas Morning News. 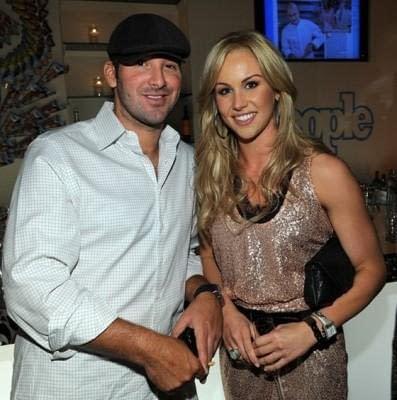 Local station KDAF-TV’s Web site has a photo of the ring.

The Dallas Cowboys quarterback – who broke up with Jessica Simpson in July 2009, just before he started dating Crawford – isn’t the first of Simpson’s exes to announce an engagement recently.

Nick Lachey, her husband of three years, proposed to longtime girlfriend Vanessa Minnillo in November – just about a week before Simpson announced an engagement of her own to NFL player Eric Johnson.

Earlier this year, Simpson said she has no hard feelings for Romo during an appearance on The Late Show with David Letterman, admitting she still cheers him on from the sidelines.

“Tony is great – still a friend of mine,” she said. “I still look at his cute butt in the outfit -uniform.”