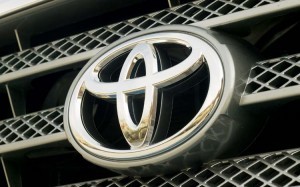 The worldâ€™s biggest automaker said net profit plunged to 1.16 billion yen ($14.9 million) in April-June from a year-earlier 190.4 billion, squeezing out a gain despite disruption caused by the March 11 earthquake and tsunami.

However, amid a faster-than-expected recovery from the disasters, Toyota said it expects a second-half production rebound to help it to an annual net profit of 390 billion yen, up 39 percent from its June estimate.

The automaker has said it planned to hire up to 4,000 contract workers at its Japan factories to make up lost ground, as component supplies normalise after the factories of Tohoku-based suppliers were damaged in the disasters.

Production is expected to fully recover after September when post-quake parts shortages subside, Ijichi told reporters on Tuesday, after an inability to produce hammered sales in April-June.

The firm now expects annual production to be reduced by 150,000 units due to the disaster, a third of a previous estimate.

For the year ending March 2012, Toyota forecast an operating profit of 450 billion yen on net sales of 19 trillion yen.

The maker of the Prius hybrid and upscale Lexus brand slipped to an operating loss of 108 billion yen in the period from a year-earlier profit of 211.6 billion yen. Net revenue fell 29.4 percent on-year to 3.4 trillion yen.

Japanese companies are nevertheless staging a rebound from the impact of the 9.0-magnitude earthquake and a tsunami that left 20,000 dead or missing and crippled power-generating facilities, including a nuclear plant at the centre of an ongoing crisis.

As power and parts supply woes mounted in the quakeâ€™s aftermath, automakers announced production disruptions domestically and overseas because of the crisis, temporarily slowing output or shutting plants.

â€œIn Japan and North America where the effects of the earthquake were particularly serious, vehicle sales declined substantially,â€ Ijichi said.

In Japan, sales in the period plunged 42 percent on-year and 48 percent in the United States.

For Toyota, which makes around 40 percent of its cars domestically, the strong yen makes it difficult to earn money on them when sold overseas. It recently announced plans to merge Tohoku-based subsidiaries to help it cope.

â€œThe yenâ€™s current level is really hard for exporters like us. The level is beyond the limit,â€ Ijichi told reporters. â€œTo be honest, we cannot catch up with the speed of forex rate fluctuations.â€

However, he added: â€œIt is important for Toyota to be based in Japan. The company needs to produce 3 million cars (in Japan annually). We have to cope with the yenâ€™s strength while protecting domestic production.â€

Toyota is the third of Japanâ€™s big-three automakers to report April-June quarter earnings.

The March disaster hit Toyota just as it was recovering from a crisis that saw it recall nearly nine million autos between late 2009 and February last year due to brake and accelerator defects.

Toyota shares closed down 0.31 percent at 3,160 in Tokyo trade before the announcement on Tuesday. â–