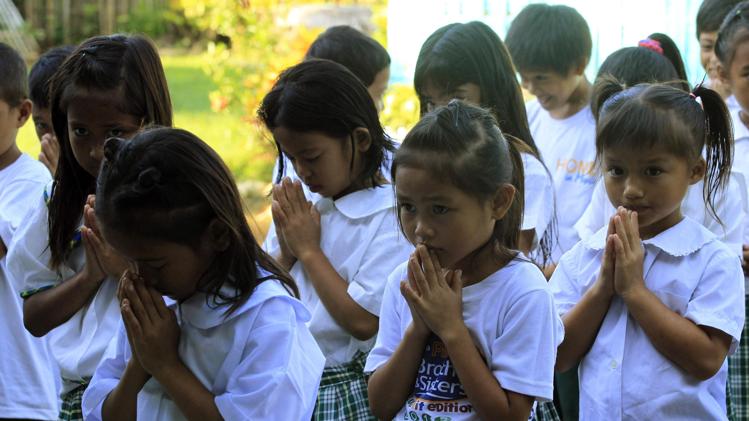 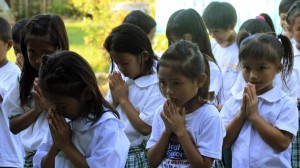 Students pray on the first day of classes at Casili Elementary School in Rodriguez, Rizal province, east of Manila June 2, 2014. Around 23 million students were present for the opening of the new school year in the Philippines, the Department of Education reported on Monday. (MNS photo)

MANILA (Mabuhay) – Senator Antonio Trillanes IV is pushing for the suspension of the implementation of the K to 12 Program, which he described as “overly ambitious program” of the government.

Trillanes, in pushing for the suspension of the K to 12 Program, cited pending resolutions to the current fundamental problems of the country’s education system as well as the projected problems it would encounter at the start of its scheduled implementation in 2016.

“It is in the best interest of the country to suspend the K to 12 Program while we continue to face the perennial problems of our education system, such as the lack of classrooms and school materials, high student-teacher ratio, and low salary of teachers,” Trillanes, who conducted country-wide inspections and consultations on K to 12, said in a statement on Tuesday.

“In addition to this is the government’s unpreparedness to the threatened retrenchment of around 85,000 college professors and employees when the program commences in 2016,” he said.

Trillanes said the poor quality of the country’s education system would only be solved by first addressing these fundamental problems.

“Once we provide a conducive learning environment, it’s going to reflect on the student’s performance in school,” he said.

The senator also scored the government’s claim that it has already eradicated the classroom backlogs.

“That is not true. There are still a lot of schools which continue to use make-shift classrooms, or take shifts in using classrooms just to accommodate their students,” he said.

“The situation would even worsen once two batches of students would be absorbed in addition to the four levels of high school that we have now.”

“In terms of school materials, students continue to share with each other with the ratio of as high as four students per module. This number will definitely increase as the K to 12 Program commences in 2016,” he pointed out.

Trillanes further lamented the volunteer status of many Kindergarten teachers who earn only P3,000.00 per month.

He also questioned the inadequate training being provided for teachers, who sometimes shoulder the cost of their training, in preparation for the K to12 implementation.

On the possible retrenchment of college professors and employees because of the K to 12 program, the senator said, “More than numbers, these are people who have families to support. The government should have anticipated this scenario when they pushed for this overly ambitious program.”

Trillanes opposed the passage of the K to 12 Law due to the same unresolved problems of the country’s education system, which he said dispute the good intention of the measure. (MNS) 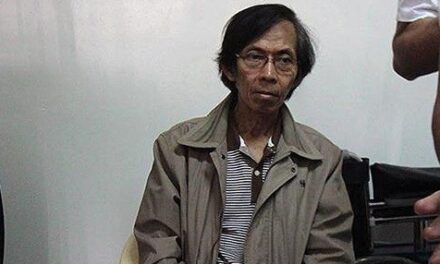