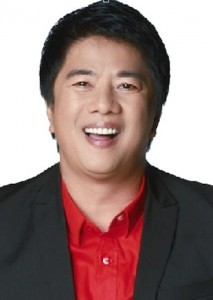 MANILA (Mabuhay) — Executives of TV5 have confirmed an earlier announcement of TV host Willie Revillame that his noontime program will go off-air in October after a six-month run.

During a recent press conference announcing the network’s line-up of new programs, TV5 President Noel Lorenzana and Chief Entertainment Content Officer Wilma Galvante were asked as to what’s ahead for Revillame’s “Wowowillie.”

Lorenzana confirmed that the show is indeed ending next month. He added that the TV host’s contract will no longer be renewed. “If Willie comes back, it will be under new circumstances, a new format, and that’s a big if,” Lorenzana said.

Various iterations of Revillame’s variety programs, dating back to “Wowowee” as it aired on ABS-CBN from 2005 to 2010, have been fraught with controversies.

The 2010 primetime program “Willing Willie,” Revillame’s first show on TV5, was accused of child abuse when a 6-year-old contestant was supposedly made to perform as a “macho dancer.”

The controversy, which involved advertisers pulling out from the show, prompted Revillame to announce it would go on hiatus. A month later, it resumed as the reformatted “Wiltime Bigtime.”

Yet another revamp as “Wowowillie” marked the program’s transfer to a noontime slot in January this year. The show once again drew controversy, however, when Revillame went on an on-air tirade against co-host Ethel Booba for allegedly disrespecting him.

Dared by Revillame to resign from his show, Ethel Booba never returned as a co-host on “Wowowillie.”

On the same program in May, Revillame announced his plans to retire, saying “Wowowillie” will air its last episode on October 12.

Why Xian feels friendship with Kim might level up

Why Piolo, Shaina decided to stay as friends