It was the largest cash donation by a single entity from the UK based on a list of aid contributions coordinated by the Philippine Embassy in London since relief efforts began a month ago.

“We’re overwhelmed by the enormity of the response, and the warmth and generosity of the British people, the UK government, and the international community in the UK. They all came up and proved that we do not stand alone in this catastrophe,” said Mangalile.

“C&C wants to be involved in the reconstruction and rehabilitation of the most affected areas, and that for us is the most important phase of the response to typhoon Haiyan.”

The company, which has investments in the Philippines, specifically wants their contribution to go towards rebuilding affected communities through infrastructure and long-term projects.

“We have business interests in the Philippines and we believe that the market, the Philippine economy, is a very important economy for us and also for the Asian market. And this donation is something we have put together internally to help.”

London-based Filipino Lourielee Garcia, who is Executive Vice President at C&C Alpha, feels emotional and “grateful” about her company’s decision to help her native country.

“I did not even ask for it,” she revealed. “It was very instinctive for them, the family [who own the firm], and for my company to make this donation. I believe this is consistent with what they have been standing for with all of their investments: that they want to give back to the communities where we have investments.”

ABS-CBN Foundation’s Sagip Kapamilya was chosen as the recipient for its credibility to deliver such initiatives. The foundation is expected to provide the UK firm with monthly reports on the progress of their efforts.

“On behalf of our Global COO Raffy Lopez, Managing Director Edgardo Garcia and ABS-CBN Foundation, I’d like to thank C&C Alpha for trusting the program Sagip Kapamilya in funding the charity initiatives in helping calamity victims,” said Luis Bariuan of ABS-CBN Europe, official distributor of The Filipino Channel (TFC)  in the region. “With great trust comes great responsibility and we have all the confidence in ABS-CBN Foundation in managing all donations to make sure they work for the purpose intended.”

C&C Alpha Group is an international financial firm based in London with investments around the world from India to the Philippines.

US Fed to meet as global crises loom large 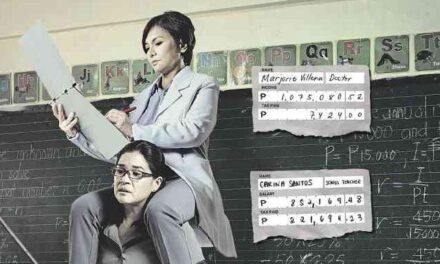