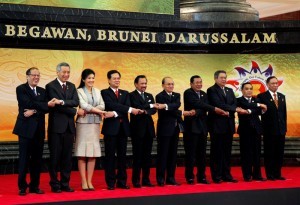 MANILA (Mabuhay) — Understanding what the upcoming Association of Southeast Asian Nations (ASEAN) integration is all about is the key small and medium enterprises (SMEs) may use to compete in a larger, regional market, officials of the Chamber of Thrift Banks (CTB) said Wednesday.

“The integration is definitely a good thing for consumers as it will bring about competition for industries therefore lowering prices,” CTB president Jose Teodoro Limcaoco told reporters in a briefing.

“But for SMEs, it will be both an opportunity and challenge. That’s why we need to understand what the integration is about,” he said.

Limcaoco said SMEs need to define what their role is in order to compete on a regional scale.

“We really think there’s a lot of information that people need to know about integration, to know what industries will open in 2015 and what will open in 2016,” he said.

Some SMEs have expressed fear for the upcoming regional integration, CTB executive director Suzanne Felix said. “It’s mostly because of the uncertainty, what will happen during the integration,” Felix noted.

And that’s where the thrift banks servicing SMEs come in.

“We must understand our customers better and how the integration will help them,” Limcaoco said. (MNS)