San Francisco-based Filipino-American author and journalist Benjamin Pimentel (left) addresses his kababayans who attended the 4th commemoration of the Ampatuan Massacre, where 32 of the 58 people killed were his fellow journalists. The event, hosted by the National Union of Journalists of the Philippines-USA Chapter, was held last November 23 at the City of Carson Public Library, attended by other Fil-Am journalists, Councilmember Elito Santarino, himself a Filipino-American, and even by City Mayor Jim Dear. Photo: Benny Uy

By Nimfa U. Rueda
CARSON, California – Carson Mayor Jim Dear has cited the important role of journalists in society as he joined Filipino-American community and media groups at a memorial for the victims of the Maguindanao massacre at the city library here.
“Journalists are essential to any democracy,” said Dear at the Nov. 23 event marking the fourth anniversary of the 2009 massacre in Maguindanao that left 58 dead, including 32 journalists.

“As an elected official, I have issues with journalists, but at the end of the day I say God bless journalists,” he said.
“You’re first responders. You’re there when the people need you. When there’s a tragedy or disaster, you’re there (with) the information that you’re able to convey to others, to the family members of people restricted by tragedies,” he said.
Also honored at the memorial were the four Tacloban-based broadcast journalists who died while reporting the news during the Supertyphoon Yolanda (Haiyan).

“Let us never forget the ultimate sacrifice that these journalists made for the public good,” said State Sen. Leland Yee (D-San Francisco), in a statement read by his legal counsel, Alma Luna Reyes, during the memorial.
Yee paid tribute to the journalist victims of the massacre and the four who died during the recent typhoon. “They died in the line of duty,” said Austin Baul, president of the the Filipino American Community of Los Angeles. “They knew full well that their mission was fraught with peril yet they persisted to fulfill their duty to the people.”

Baul criticized President Aquino for the slow pace of the trial and his failure to curb the continuing culture of impunity in the Philippines, where those in power commit murder and other abuses without being punished.

The National Union of Journalists of the Philippines US Chapter, which organized the event, demanded the speedy resolution of the Ampatuan massacre case and other pending cases involving the murder of journalists.

“The massacre also highlights the perils community journalists face….risking life and limb for peanuts while forced to live through, even being victimized by, the events they cover, such as those who perished during super typhoon Yolanda, who refused to abandon their posts to the very end,” said the NUJP statement that was read by actor and writer Bernardo Bernardo, who co- emceed the event with community leader Art Garcia.

At least 58 people, including 32 journalists, were killed on Nov. 23, 2009, reportedly by the private army of the powerful Ampatuan clan to prevent a member of a rival clan from running in the 2010 elections. The massacre has been described as the single deadliest attack on media on record.

During the event, award-winning journalist and author Benjamin Pimentel announced that he was donating royalties from the sales of his latest book, “How My Sons Lost Their Tagalog” to the NUJP scholarship program for the children of the fallen journalists.

Marcos wants to step up vax drive vs. Covid-19 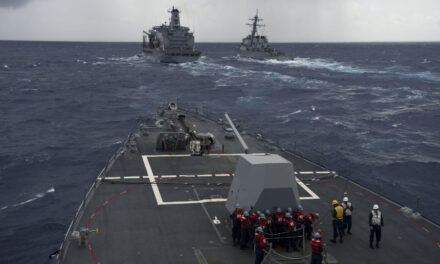 New Audi S8 plus is the fastest in history