WASHINGTON DC (2 April 2013) – Reiterating Washington’s apology over the grounding of the USS Guardian, Secretary of State John F. Kerry today assured Foreign Affairs Secretary Albert F. Del Rosario that the United States will cooperate with the Philippines in addressing issues related to the damage caused by the incident on Tubbataha Reef.

“Secretary Kerry once again expressed his deep regret over the incident.  He reiterated the cooperation of the United States in efforts to address the damage caused by the grounding,” Secretary Del Rosario said in a statement after meeting his American counterpart at the Department of State this morning. “Secretary Kerry also restated that the US will fully cooperate with the independent investigation begin conducted by the Philippines of the incident.”

“I would like to reiterate my own assurance to the Filipino public that every effort will be made to obtain proper compensation.  We also are of the view that a long term commitment of resources by the US to the future well-being of the reef is important,” Secretary Del Rosario explained.

“With the ship off the reef, our teams will be carrying out a joint assessment of the damage, after which more detailed discussions will be held on the appropriate and as well as timely compensation,” Secretary Del Rosario said, adding that the joint damage assessment by the Philippines and the United States is scheduled on April 8.

“We were both thankful that in removing the USS Guardian, no further damage was done to the reef,” the Secretary said, a few days after the remaining portions of the American minesweeper were removed from Tubbataha.

“We also both agreed that we would not let this incident delay or derail our efforts to deepen our security cooperation, including plans to increase the rotational presence of US forces in the Philippines to help build the defense capacity and increase the maritime domain awareness of the Philippines,” the Secretary added.

“Both Secretary Kerry and I want to get to the bottom of what truly happened. He said he is a full partner of the Philippines in finding out what happened and that the US government will cooperate fully with the investigation that the Philippines is conducting,” Secretary Del Rosario said.

“We both agreed that it is important to understand what happened and to take the necessary navigational safety measures to protect the reef and that would prevent other ships from grounding there.” 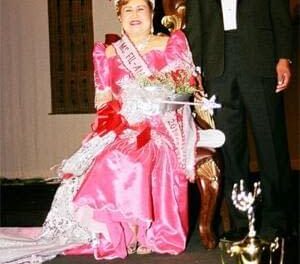