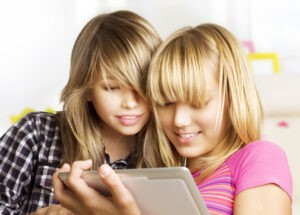 Many teens looking for health information online searched for information on fitness or exercise or diet and nutrition. ©Subbotina Anna/shutterstock.com

(Miami-AFP) – One in three American teenagers have changed their behavior after looking up health information online, according to a major study on adolescents and technology released on Tuesday.

Of 1,156 US teens aged 13 to 18 years old surveyed, 84 percent said they have used the Internet to seek out health information.

When asked where they got “a lot” of their health information from, the leading answer was their parents, followed by health classes at school and doctors or nurses, said the findings by Northwestern University researchers, contained in the report “Teen, Health and Technology: A National Survey.”

The Internet ranked fourth as a source of health information for teenagers but was the top media source, far surpassing books, radio, newspapers or magazines in popularity.

The Internet was “almost on par with doctors and nurses,” said the study, noting that 25 percent of teens said the Internet was their top source of health information and 29 percent said doctors or nurses.

Unlike adults who tend to search mainly for diagnoses to health problems online, teenagers tended to seek out information on preventive measures and healthy behaviors, said the study.

Just over half (53 percent) said they used the Internet to search for health information related to a class assignment.

“A total of nearly one in three teens (32 percent) say they have changed their behavior due to digital health information or tools,” said the study.

“Almost all of these (28 percent) report a health-related behavior change due to online health information, in large part because that is the most widely used digital health tool.”

Seven percent said they changed their behavior as a result of their use of a mobile app, while two percent credited health-related digital games and one percent said it was due to a wearable health device such as a Fitbit or FuelBand.

So just what were teenagers hungry to know about?

Most searched for fitness or exercise information (42 percent), followed by diet and nutrition (36 percent).

Stress and anxiety were searched for by 19 percent of respondents.

Sexually transmitted diseases and puberty were next at 18 percent, followed by depression and other mental health issues (16 percent), and sleep (16 percent).

The most common method for searching was simply Googling, the study found.

“Teens rely heavily on search engines when looking for health information, and especially on whatever site pops up first in their searches,” said the report.