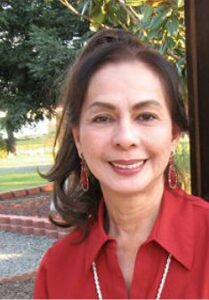 MANILA (Mabuhay) — Veteran actress Lucita Soriano has died. She was 74.

Garry Clint Adriano Garcia, Soriano’s son, on Wednesday confirmed on Facebook that the veteran actress had passed away.

Soriano died at the Pacific Global Medical Center where she was earlier admitted to the intensive care unit.

She was the widow of fellow actor Rodolfo “Boy” Garcia, who died in 1998.

Soriano, whose movie career spanned more than five decades, appeared in more than 200 movies and television shows, including ABS-CBN’s “Pangako Sa ‘Yo.” (MNS)