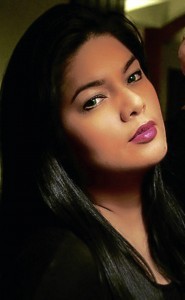 Vhong Navarro’s former wife, actress Bianca Lapus, is still in shock after seeing photos of him beaten black and blue.

Lapus said she has yet to see Navarro personally after the incident because she can’t bear seeing her former husband in his current condition.

Lapus said she can’t help but cry and be worried for Navarro, whom she described as a “good man.”

Lapus said she is also in pain because her son with Navarro, Yce, is away from them, hiding in fear due to alleged threats by the men who attacked Navarro. The men threatened to harm Navarro’s family if he exposed what happened to him.

She said that despite being separated from Navarro, they still remain friends.

“I told him masakit sa ‘kin ang nangyari sa kanya, sobra. Siyempre in the end, whatever happens, pamilya pa rin kami. Naging asawa ko siya, kaibigan ko pa rin siya at mahal ko. And the agony of not knowing where our son is because he needs to be kept in a safe place with a security is really hard for us,” she said.

Lapus expressed unwavering support for Navarro and told him to remain strong amid the difficult situation.

“I told Vhong, his family, the kids and his girlfriend, sa pagsubok na ‘to, we are one family. We will draw strength from each other through prayers. Malalagpasan din natin ito.”

Lapus also thanked all the fans and supporters of Navarro who are praying for his recovery.

“In behalf of our family thank you for all the overflowing messages of love, support and prayers for Vhong especially during this difficult time. Huwag natin siya iiwan at husgahan. Isa siyang mabuting tao. Together let us pray for his fast recovery safety and justice.” (MNS)