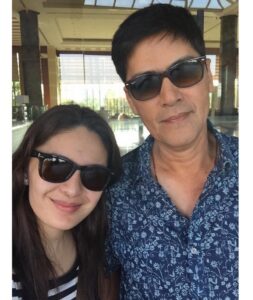 MANILA (Mabuhay) — Comedian Vic Sotto denied that his wedding to girlfriend Pauleen Luna will definitely happen during the festive Christmas season, as revealed by the actress’s manager Lolit Solis.

Sotto stressed that there are no definite wedding plans yet.

Sotto made headlines last week when he finally confirmed that he and Luna are engaged.

At the press conference, Sotto hinted that the wedding might happen early next year. “For me personally before the Year of the Goat ends,” he said.

According to the Chinese calendar, the Year of the Goat will last until February 7, 2016.

Sotto also said he prefers to have an intimate wedding.

The comedian also played down the growing excitement surrounding the much-awaited showbiz event.