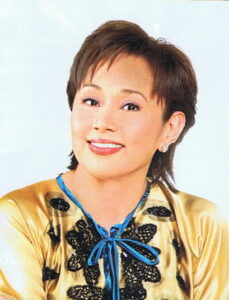 She said she is seriously contemplating to run as representative of Batangas.
“I may run for Congress, kasi hindi naman siya ganun kahigpit like 24/7, 8 days a week. Eight days a week, as in literal, hindi ko kaya ‘yon. Ito, legislative, pero not as heavy kasi batas din ito. That’s part of my learning too, pero hindi ganoon kalaki ang burden,” she said.

Santos, who spent nine years as a mayor of Lipa and another nine years as governor of Batangas, said it was not an easy job but a fulfilling one.
She said that it entails a lot of sacrifice, especially from her family life, but she made a promise to the people, which is to serve them, and does not regret a thing.

“Wala akong regrets kahit marami akong natapon na pagkakataon, income number one. Pero yung fulfillment na you’re a woman, you preside a meeting and they listen to you. That’s a legacy. The respect they give you because they follow you, kung ano yung ginagawa mo, yun ang legacy mo,” she ended.

Santos’ eldest son, Luis Manzano, in an earlier interview said he supports his mother’s decision not to run for vice president. He said his mother would prefer a “hands-on” approach when it comes to public service.

Manzano also revealed that he himself is still thinking whether to join government service. (MNS)

Jessica Sanchez and Apl.de.ap performed at the Time for Hope Gala