Vilma still waiting for script for film with Nora 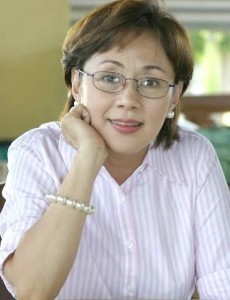 Veteran actress Vilma Santos insisted that she is open to working with rival Nora Aunor in a movie and is just waiting for the script for the proposed project.

There have been reports that director Brillante Mendoza, who made “Thy Womb” with Aunor, wants to do a movie with the two award-winning actresses along with actor Coco Martin. Santos said she heard about the project but is still waiting to read the script.

Santos said if they are going to work together again, one of their requirements would be a good script.

Santos, who has been dubbed “Star for All Seasons,” said it would be an honor for her to work with Aunor again since they have already starred in several movies together in the past.

Meanwhile, the Batangas governor appealed to fans to spare her and Aunor from intrigues, comparing her first independent film “Ekstra” with Aunor’s “Thy Womb.”

Santos revealed she even hesitated to deliver a line in her movie where she mentioned Aunor’s name because fans might put malice to it.

According to Santos, she just wants to promote the Filipino movie industry and competing against Aunor is not among her concerns. (MNS)

Sexy star Patricia Javier is back

Pauleen Luna shares what she loves most with Vic Sotto