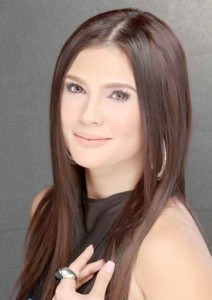 MANILA, Feb 6 (Mabuhay) -– While Vina Morales dreams of having a complete family, the singer-actress is in no rush to find the “right man.”

“Sabi ko rin one day in God’s time mangyayari din sa akin ‘yan,” the 37-year-old actress said when she was asked on being in a relationship again.

Morales has a three-year-old daughter, Ceana, with a former non-showbiz partner.

The “May Isang Pangarap” star admitted that while she is “seeing someone,” it may take time for the relationship to turn into something serious.

Saying her daughter remain her top priority, Morales nonetheless acknowledged the value of having a partner in raising her child.