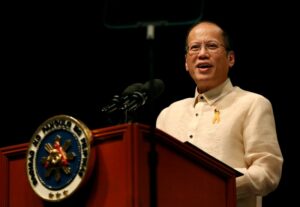 President Benigno S. Aquino III delivers his speech during the Ramon Magsaysay Award Foundation 2015 Presentation Ceremonies at the Main Theater of the Cultural Center of the Philippines in Pasay City on Monday (August 31). Established in 1957, the Ramon Magsaysay Awards is Asia’s highest honor and is widely regarded as the region’s equivalent of the Nobel (MNS photo)

MANILA  (Mabuhay) — Vice President Jejomar Binay is adamant that the investigation being conducted by the Ombudsman on President Benigno Aquino III and Budget Secretary Florencio “Butch” Abad on the discontinued Disbursement Acceleration Program (DAP) was all for show.

“Drama. Just drama. Nothing will happen there,” Binay told reporters in Filipino on Wednesday, after holding a boodle fight at the Amoranto Park with residents of Barangay Salvacion in La Loma, Quezon City.

Binay said he was making that statement based on past experiences, apparently in reference to the plunder complaint filed against him as well as his son, now suspended Makati City Mayor Jejomar Erwin “Junjun” Binay on the alleged overpriced Makati City Hall 2 parking building before the Ombudsman.

The Ombudsman had suspended the younger Binay for six months, and despite resorting to legal measures, the latter’s suspension was enforced. This prompted Vice President Binay to accuse Ombudsman Conchita Carpio-Morales of being in conspiracy with the Aquino administration whom he had also alleged of being behind the corruption allegations against him which are now under investigation in the Senate.

“My feeling is that this is just drama so that they could start today to kill the accusations (against the President and Abad) because this will be an issue in the election campaign,” Binay said.

The Vice President said there was basis to conduct the investigation “in line with the Supreme Court decision” that declared last year that the DAP — launched in 2011 to stimulate the slowing economy — was unconstitutional.

Asked to comment if he would investigate the DAP controversy should he become president next year, he said he will if there is evidence prompting the investigation.

“If there is evidence, then there is a need to prosecute,” he said.

Morales told a House hearing on the Ombudsman’s proposed budget for next year on Tuesday that her office began the investigation on the President and Abad on its own initiative. (MNS) 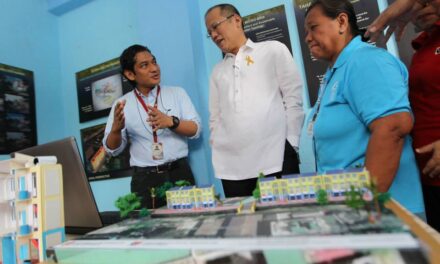 Pope Francis to meet leaders of other religions in PHL