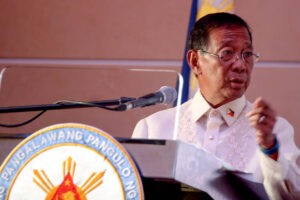 MANILA (Mabuhay) – Amid the corruption allegations against him, Vice President Jejomar Binay is still keen on seeking the highest elective post come 2016.

Senator Antonio Trillanes IV earlier said he believes that Binay would surely back out from the presidential race because of the various accusations he is now facing.(MNS)