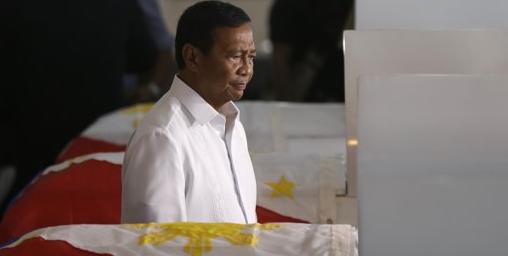 The wife of Vice President Jejomar Binay will sue the Office of the Special Prosecutor for reviving the graft charges against her. File OVP photo

MANILA (Mabuhay) – More than a week after a new hold departure order was issued against her, former Makati Mayor Elenita Binay has asked the Sandiganbayan Third Division for permission to travel to Honolulu, Hawaii this Saturday for a vacation.

Only last May 20, the anti-graft court’s Third Division issued the HDO against Mrs. Binay in connection with graft and malversation cases filed against her for the purchase of allegedly overpriced beds for the Ospital ng Makati during her incumbency.

In her motion, Mrs. Binay assured the court that she will comply with whatever travel bond required of her, adding that her Hawaii vacation will be from June 7 until June 26.

Mrs. Binay, who is the wife of Vice President Jejomar Binay, also has a standing HDO before the Sandiganbayan Fourth Division, where she is facing separate graft cases for alleged anomalies in the bidding for furniture for the Makati City Hall in 2001.

She earlier secured permission from the Fourth Division to travel to Hawaii for a vacation.