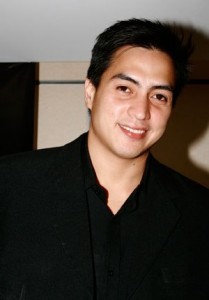 MANILA (Mabuhay) â€“ ACTOR Wendell Ramos who was from the Kapuso network does not regret becoming a certified Kapatid.

Heâ€™s part of the recently concluded primetime series â€œAng Babaeng Hampaslupaâ€ topbilled by Alex Gonzaga, and now, Wendell is once again tapped to play one of the major characters in the upcoming dramserye entitled â€œThe Sisters.â€

The actor is also very happy working with lead actress Nadine Samonte, who recently moved to the Kapatid Network.

Aside from this new series, Wendell is also part of the Star Cinema movie starring Zanjoe Marudo, Toni Gonzaga and Eugene Domingo.

Wendell is happy that even though he works for the rival network, ABS-CBN still shows its interest in him in its movies.

When asked on his working relationship with TV5, the actor said everything is working smoothly and heâ€™s happy that he gets to do roles very different from his past characters.

He also dismissed reports that he moved to the Kapatid channel just because of the money offered to him.

The actor hopes he gets to do more acting projects with the network and grow side-by-side with the station and its artists. (MNS) â–