What Kris learned after health scare 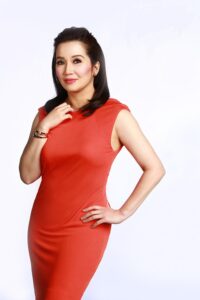 On August 25, the 44-year-old Aquino was hospitalized after a severe vascular headache caused her blood pressure to shoot up. According to the star of the upcoming “Etiquette for Mistresses” film, she could have suffered a stroke.

“My hospitalization last week made me realize that my being a workaholic made me take my health for granted,” Aquino, who also hosts the morning talk show “Kris TV,” wrote on her Instagram account.

“I’ve faithfully obeyed my doctors, starting with sleeping at the right time, reducing my daily work load to a manageable 12 hours, having rest days, taking my medicines, and of course healthy eating,” she added.

Aquino also assured her followers that her blood pressure has normalized since then, and that she has decided to reward herself by spending time with her two sons, James “Bimby” Yap Jr. and Joshua Aquino. (MNS)

Denise Laurel excited to sing, dance on ‘Your Face’