WHAT’S NEXT FOR MANNY PACQUIAO? By Abner Galino

These words sounded a lot like Manny Pacquiao was meaning to tell his fans that the bout against Cuban fighter Yordenis Ugas was the last fight that he will have.

Pacquiao made the statement during the post fight press conference at the T-Mobile Arena in Las Vegas on August 21.

To his Filipino fans, Pacquiao’s statement smacks of politics and many of them seem to take it as a cue. Most of his fans are supportive of his rumored presidential ambition.

Pacquiao, who is also a senator of the Republic of the Philippines, has been politically under siege even before he come here in the US in July to train for a fight against American boxer Errol Spence. Unfortunately, Spence suffered a detached retina two weeks before the fight and had to undergo surgery.

Ugas, who was in the undercard of the Pacquiao-Spence main event, was tapped as a last-minute replacement.

While Ugas’ win was convincing, Pacquiao’s performance wasn’t horrible at all.

Most kibitzers say that Pacquiao’s performance against Ugas was simply a manifestation of Father Time catching up with the Filipino boxing icon.

Former international boxing champion Dodie Boy Penalosa hinted in an interview with the media that he thought that Pacquiao was “over trained.” His opinion seems to jibe with an earlier complaint aired by Hall of Fame coach Freddie Roach.

In July, Roach was quoted in the media saying that his problem was “the conditioning coach is taking him (Pacquiao) to the mountains and (make him) run the hills everyday.”

In the postfight conference, Pacquiao complained about not being able to move his legs during the fight against Ugas.

Whether such an allegation was true or not, popular sports commentator Max Kellerman opined that Pacquiao’s loss to Ugas is not so much about Pacquiao lacking in his performance, but more so, on Ugas’ stepping up to the plate.

Ugas, according to Kellerman, is a high caliber boxer — pointing out that as an amateur, the Cuban boxer was a bronze medalist in the 2008 Olympics. Among his most notable professional fights was against the well-regarded American boxer Shawn Porter last year.

Porter won the said fight but Kellerman thought the match was actually won by Ugas.

Kellerman also said he believed that Pacquiao could still match up against a couple more big names in boxing should he decide to continue fighting — hinting that the Filipino boxer should also consider going back to lighter weight classes.

Skip Bayless, another popular sports pundit, seemed to echo Kellerman’s opinion when he said “… I believe Ugás deserves much more credit than he actually got because to me, Ugás just looked so much bigger, so much longer and so much stronger.”

For most Filipino fans though, Pacquiao’s future in the ring is in direct relation to the execution of his ambition to become president of the Philippines. A desire that was so evident in these words that he told the media during the postfight press conference in Las Vegas: “I am a fighter inside and outside the ring and I have work to do now for my people,” Pacquiao said. “In the future, you may not see Manny Pacquiao again in the ring but I am so happy what I accomplished.” 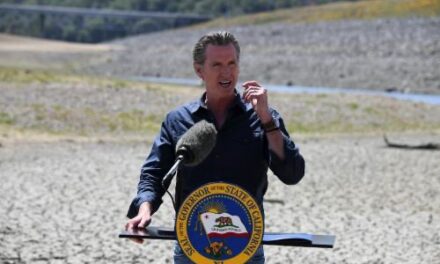