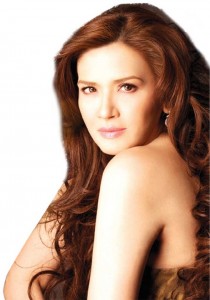 Zsa Zsa Padilla denied that she and her architect boyfriend, Conrad Onglao, are already engaged.

Contrary to speculation, Padilla said that the ring she is wearing is not an engagement ring, but a promise ring.

Just recently, Padilla and Onglao celebrated their 10th month as a couple. Although they have been in a relationship for only less than a year, the two admitted in previous interviews that they are now sharing a home.

Asked why she and Onglao celebrate their “monthsaries,” Padilla said related a conversation she had with her daughter, singer-host Karylle.

Padilla said she is happy with how her relationship is blossoming, adding that she has been praying for this since her longtime partner, film icon Dolphy, passed away in July 2012.

“I did [pray for someone like Conrad to come into my life]. I even asked the universe na this is what I want. Sabi ko kailangan talaga kumpleto,” she said.

Elisse Joson, McCoy De Leon reveal having a child together