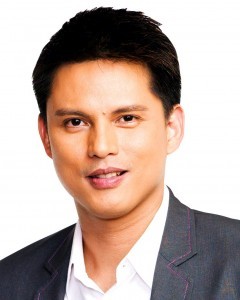 Actor Zoren Legaspi, who is facing tax evasion charges filed by the Bureau of Internal Revenue, expressed his disappointment with the tax agency.

Legaspi, who is married to actress-host Carmina Villaroel, stressed that he didn’t ask any help from their godmothers Kris Aquino and Senator Grace Poe because he believes that he didn’t do anything wrong.

Legaspi earlier expressed his willingness to cooperate in the investigation.

In June, Legaspi asked the Department of Justice to junk the P4.50million tax evasion complaint filed against him by the BIR, claiming that the BIR failed to credit his withholding tax for the years 2010 and 2012 in computing his alleged tax deficiencies.

He also added that the other tax identification numbers which his accountant had allegedly used were not his but only namesakes.

Legaspi reiterated he did not intend to evade the payment of correct taxes and that he is willing to pay any deficiencies. (MNS)