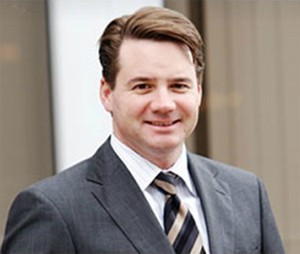 Recognizing the importance of encouraging foreign investment in the U.S., the USCIS recently issued a memorandum to provide new instructions to its adjudicators relating to the timing of creating new jobs and explaining the meaning of â€œfull-timeâ€ for positions created through the â€œEB-5â€ investor program investment.Â  Perhaps in response to seemingly ceaseless negative economic news, the adjudicatory changes will have the effect of extending the period of time during which a foreign investor may demonstrate compliance with the statutory minimum investment and job creation requirements, as well as broaden the definition ofÂ  â€œfull-timeâ€ employment.Â  These changes should serve to loosen the overall time frame for compliance with the statutory requirements as well as make it easier for foreign investors to show that their investment has created or will create 10 jobs.

The Immigration Act of 1990 (â€œIMMACT 90â€) allocated an annual limit of 10,000 visas to alien investors participating in the EB-5 â€œemployment-creationâ€ program.Â  The program allows the USCIS to grant permanent resident status to immigrants entering the United States to engage in a new commercial enterprise: (1) which the alien has established; (2) in which the alien has invested, or is actively in the process of investing a minimum of either $500,000 or $1,000,000; and (3) which will benefit the U.S. economy and create 10 full-time jobs for U.S. workers.Â  The minimum investment requirement of $500,000 applies only when the enterprise is located in a rural area or an area of high unemployment.

The grossly underused EB-5 category only benefited a few hundred immigrant investors during each of its first several years of existence.Â  In the middle 1990s, however, private organizations emerged offering EB-5 classification to persons investing far less than the statutory minimums, and in many cases guaranteeing no loss to the investor.Â  Thousands of investors took advantage of these programs, and USCIS approved the petitions. The programs superficially complied with the statutory requirements of the EB-5 program, but through the use of pooled investments, creative financing and balloon payments, generally did not create employment.

The USCIS even terminated some of the investorsâ€™ green card status and charged them with deportation, resulting in families of investors losing their houses, jobs, and their right to be in the United States, as well as the loss of millions of dollars in investment capital to the struggling US economy.

In an effort to revive the program, the USCIS and Bush administration loosened some of the requirements for EB-5 classification.Â Â  These amendments made permanent resident status more easily available to all investors by eliminating the â€œestablishmentâ€ of enterprise requirement. Rather than prove they have invested in a â€œnew enterprise,â€ Investors now need only show that they have invested in an existing commercial enterprise to be approved, which may also include Â  a limited partnership.Â  Nonetheless, the category has still been underutilized.

Under EB-5 rules, the investor must show that he will comply with the minimum investment requirements and create jobs for ten US workers, â€œwithin two years.â€Â  Since the statute is vague as to when the two-year period commences, the new guidance sets the two-year period to begin to run 6 months after the initial investor petition is approved. Second, the new memo makes clear that â€œindirect and intermittent construction jobsâ€ will count as permanent and full-time, as long as the position, not necessarily a particular worker, is expected to last at least two years.Â  The new interpretive should spark renewed interest in the program and perhaps assist the USâ€™ ailing economy recover.

Daniel P. Hanlon has been practicing Immigration and Nationality Law exclusively since his admission to the California State Bar in 1993. Mr. Hanlon is the founder of Hanlon Law Group, a P.C. He has argued many important immigration appeals before the United States Court of Appeals for the Ninth Circuit, and successfully challenged INS rulings in the United States District Court for the Central District of California.

Mr. Hanlonâ€™s experience spans several years, and covers a broad range of immigrant and nonimmigrant visa petitions, including those for working professionals, multi-national managers, treaty-traders, investors, athletes and entertainers. Mr. Hanlon also has vast experience in all family-based Petitions and

in labor certification applications under both Department of Labor-supervised recruitment and Reduction in Recruitment methods. Over the past several years, Mr. Hanlon has tried thousands of cases in Immigration Court involving Requests for Asylum in the United States, Cancellation of Removal, and Waivers of Grounds of Removability. Â Mr. Hanlon graduated â€œWith Distinctionâ€Â  from the University of Michigan at Ann Arbor in April 1988, with a Bachelor of Arts degree in English. In May 1993, Mr. Hanlon graduated from Loyola Law School in Los Angeles. Â He is a member of the American Immigration Lawyers Association, of which he sits on the Investors Committee. Mr. Hanlon has also appeared as a speaker before the Los Angeles County Bar Association, Immigration Section, on the 1996 immigration law amendments.Â  Hanlon Law Group, P.C. is headquartered at 225 S. Lake Avenue, Suite 1100, Pasadena, CA 91101, tel: (626) 585-8005, fax: (626) 585-8595, website: www.hanlonlawgroup.com, email: visas@hanlonlawgroup.com. â–