Why do diets make you depressed?

Dieting makes you cranky. Just ask any mouse in Tracy Bale’s lab at the School of Veterinary Medicine, University of Pennsylvania. He’ll tell you he was minding his own business, eating whatever he pleased, happy as a clam at high tide – when wham! Someone came along and filched nearly a quarter of his food supply. Not only that, they hung him by his tail for four minutes.

Putting aside the tail thing for the moment, this does not sound like much fun for man nor woman nor tiny beast. Actually the fad diets nearly two thirds of Americans subject themselves to on a regular basis are far crueler, typically slashing normal intake by half or more. By comparison, what the mice in Bale’s lab go through is a mere dietary course correction; it’s just enough of a lifestyle change for them to drop 10 percent of their weight yet still maintain their health. 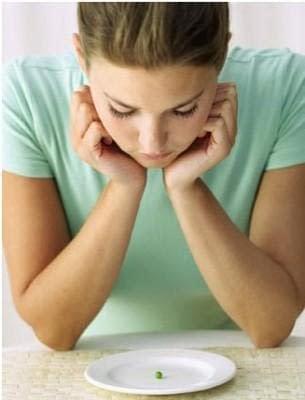 The main difference between mouse and human dieting seems to be is that the rodents don’t have a choice and people do – while the main similarity seems to be that dieting makes both species miserable.

Bale, a Ph.D. and director of the school’s neuroscience center, started off this experiment by allowing her mice to eat freely for several weeks then cutting back their meals until their weight stabilized at a new lower setpoint. When she allowed the mice to eat to their hearts content again, they kept on eating – and eating and eating, packing in the fat and calories as fast as they could nibble. Soon they were back up to their original weights, plus a few extra ounces.

During the “diet” phase of their existence, Bale and her colleagues discovered the mice had increased levels of stress hormones and displayed depression-like behavior. How could they tell the skinny Minnies were morose? That’s where the tail suspension test comes in: When you hang a happy mouse upside down by its tail, it will fight like crazy to upend itself. Not so with a depressed mouse, who will simply hang there, demoralized and defeated.

Does Depression Comes With Diets?

By testing the blood of the mice, Bayle also found that several genes important in regulating stress and eating had changed. Previous research shows that experiences can alter the form and structure of DNA, an effect known as epigenetics. Even after the mice were fed back to their normal weights, the epigenetic changes remained. It’s as if they were mice on the verge of a nervous breakdown and their way to deal was to keep on binging long after the food restriction was lifted.

If you’ve ever been on a diet yourself, perhaps all of this sounds familiar. Bale suspects it does.

“The reason we did the study is because people anecdotally report that when they diet they feel stressed and agitated,” she said. “This study measures these feelings in concrete terms, at least in animals.”

Bale believes the misery brought on by food deprivation could explain why yo-yo dieting often leads to a burgeoning waistline. Even when you aren’t starving, the mere act of dieting stresses you out at the molecular level. Tension builds and temptation increases until finally you don’t need to be hung by your tail to justify having three slices of pizza after work or a ginormous slice of cake right before bedtime.

As you continue to consume anything that isn’t nailed down, you gain back all the weight you fought so hard to lose except that now, because your brain is primed to pig out, you don’t stop there. You keep on stuffing your face and, inevitably, the needle on the scale creeps up higher than ever before. After a few of these diet-binge cycles, your buttons are popping and your zippers are bursting.

“Evolution developed the brain to rapidly respond to a reduction in calories as well as change its programming for the future,” Bale explained. “If you were in a famine and came across something calorically dense, your brain will tell you to eat as much as possible and pack on the calories and pounds because there could be another famine coming.”

To lose weight, many of us could benefit from reverse engineering this phenomenon out of the brain. Bale speculates this could be done by adding a stress reduction component to every diet.

“Because stress drives the brain pathways that seek out reward, most people seek that reward from high-calorie food. You need to find non-caloric stress releases, like yoga or exercise, to deal with it instead,” Bale said, adding that preliminary investigative evidence proving yoga and meditation lead to weight loss comes as no surprise to her.

It may also be worth noting that when scientists like Bale want their furry subjects to slim down, they don’t slip hoodia in their water, feed them exclusively grapefruit, or ask them to subsist on baby food. They simply cut back their portion sizes. Funny enough, it always seems to work.

Of course, that’s not the point of this study and clearly, a mouse is not a person any more than a laboratory is a fast food joint. But besides getting diet stress under control, eating less is a good take home message for anyone who is looking for the real secret to losing weight.