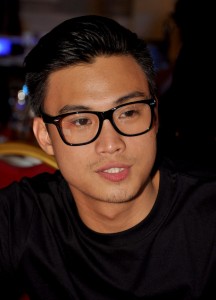 Aware of the competition that he will face by joining the star-studded talent pool of ABS-CBN, actor Edgar Allan Guzman said his decision to be a Kapamilya is the right step in bringing his career to another level.

The award-winning indie actor said it has always been his dream to be part of the Kapamilya network.

Guzman, who has drawn comparisons to Coco Martin, is part of the ongoing feel-good drama “Oh My G!,” which stars teen actress and singer Janella Salvador.

The 25-year-old is also set to appear for the fourth time on the country’s longest-running drama anthology, “Maalala Mo Kaya,” alongside veteran actor Nonie Buencamino and Shamaine Centenera.

When asked on why he seemed to be a favorite casting choice of the series, he shrugged and said that he was puzzled himself.

He said that the series has been generous to him with past roles, casting him alongside the likes of Kim Chiu and Jessy Mendiola. (MNS)