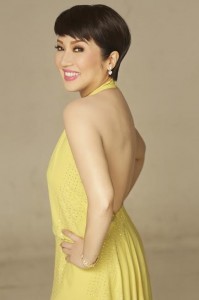 Television host and actress Kris Aquino finally offered an explanation on why she was notably absent from ABS-CBN’s 2014 Christmas station ID, which was launched Thursday night.

Several of the network’s stars and news personalities were included in the video, where they were seen thanking loved ones and other Kapamilyas around the globe.

However, Aquino was not among those who participated in the 10-minute video.

It prompted several netizens to question why she was not there, to which Aquino replied on her Instagram account.

The actress said: “I was in Japan taping Kris TV when the Thank You spiels were being taped, then super na busy sa FENG SHUI…”

Aquino was referring to her trip to Japan last month that was featured on her morning talk show, and the upcoming sequel to the horror hit “Feng Shui,” which is the actress’ entry to this year’s Metro Manila Film Festival. (MNS)