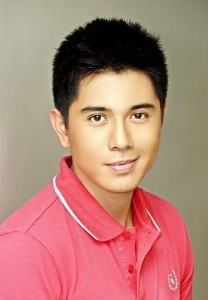 Actor Paulo Avelino has clarified why he deleted photos of his rumored girlfriend, actress KC Concepcion, on his Instagram page.

Avelino made it clear that he deleted several photos on his Instagram account, not just Concepcion’s, to keep up with his page’s black and white theme.

He stressed that people should not make an issue out of his Instagram account, which has the username pauavelino.

Some netizens recently speculated that Avelino and Concepcion are not on good terms after the actor deleted their photos on Instagram.

Avelino maintained that he and Concepcion are doing well.

The Kapamilya actor admitted, however, that they barely have time for each other given their hectic schedules. He is currently one of the lead stars of “Sana Bukas Pa Ang Kahapon,” while Concepcion is part of “Ikaw Lamang.”

Both are primetime shows on ABS-CBN.

When asked about the last time that they got to spend some time together, Avelino briefly said: “Ayoko nang [masyadong mag-share], ayoko nang bigyan ng malisya ng tao.”

Meanwhile, Avelino said he is happy with how things are going with his life, reacting to comments that his black and white Instagram page may be reflecting his melancholic self.

Both Avelino and Concepcion are featured on the latest issue of Cosmopolitan Philippines. Concepcion is the cover girl of the main magazine, while Avelino appears on Cosmo Men. (MNS)

Sarah Geronimo to have 2 shows at Pechanga Theater

Alden Richards on working with Jasmine Curtis Smith: ‘Since Day 1, we were on the same page’