Why Piolo Pascual wants to get married abroad 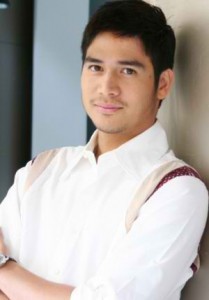 If ever he decides to tie the knot, actor Piolo Pascual wants to get married abroad.

But that won’t be happening in the near future since Pascual vowed to remain unattached until his son Inigo turns 18 next year.

Pascual admitted that he is also excited to enter into a new relationship.

“I just don’t want it public. Parang for me, my life has been so public all my life, more than half of my life if. and when that happens parang magiging selfish muna ako at sasarilinin ko muna yon. Pero lalabas at lalabas makikita at makikita muna,” Pascual explained.

“Siguro parang even when I get married mas gusto kong ikasal sa ibang bansa. I think I owe it to myself,” the “Hawak Kamay” star added.

For now, Pascual said he is keeping his words to his son.

Asked to comment on Inigo’s statement that he won’t meddle in his father’s personal life, Pascual said: “Aba dapat. Siyempre at the end of the day I’m still his my father. It’s still my choice. Ang agreement naman namin when he’s 18 pwede na. I kinda broke his heart before because I promised him something and I didn’t do it. So after that, I said I’m keeping my word up until your 18. That’s the only time I’ll get into a relationship so I’m keeping my word. So, whoever I choose when the time comes nasa akin na ‘yon. Hindi naman siya ang makikisama.” (MNS)

Enrique and Liza: Beginning of something wonderful?

No wedding date yet for Jolina, Mark

Gerald on Kim: ‘My heart is always open’