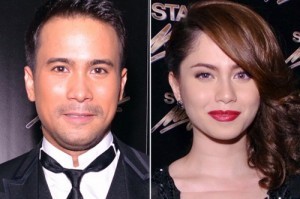 Actor Sam Milby admitted that he is no longer courting Jessy Mendiola.

Milby said he and Mendiola, who starred in the defunct series “Maria Mercedes,” are “better off as friends.”

“We’re just better off as friends. It was mutual,” he briefly said.

“I mean, para sa amin pwede naman kasi hindi naman naging kami. It’s not like it would be awkward or complicated,” he added.

He went on to share that he is not dating anyone at the moment. “None,” he said.

In a previous interview, Mendiola said she and Milby are no longer in touch because of their busy schedules.

Ejay opens up on romance with Yam Concepcion