Will Dawn Zulueta run for Congress? 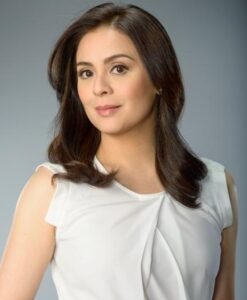 With incumbent Davao del Norte representative Anton Lagdameo’s term ending in 2016, there is speculation that actress Dawn Zulueta will succeed her husband and join politics.

Zulueta has confirmed that she received offers to run for Congress after her husband’s term ends.

But is she ready to join the league of actors who crossed over to the political scene?

She said she is grateful to receive these offers but explained that her priorities are placed elsewhere.

“I’m very grateful for the offers that come our way… that they consider me, pero I know naman kasi what my limits are,” Zulueta explained.

“I’m happy with what I do, like acting, and this is where I want to stay,” she added.

Asked if her husband has ever asked her to consider politics, the actress answered in the negative, saying her husband knows she’s not interested.

Racy ‘Glee’ Photos in GQ: Time to Tone it Down or Just Get Over It?