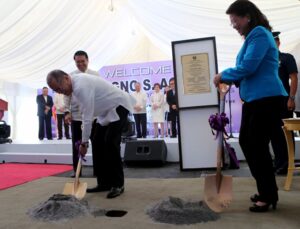 The Palace official noted that the Philippines has shown improvements in all six indicators since 2010 and this year, the country scored higher in five indicators as compared to last year.

“Scores for our country show improvements in all six indicators since 2010. Compared to the previous year’s results, the Philippines scored higher in five out of six indicators: voice and accountability; political stability and absence of violence; government effectiveness; regulatory quality; and rule of law,” said Valte.

She said positive developments such as this “make clear that good governance and reform lead to increased peace, harmony, and citizen participation in government”.

“Such an environment encourages not only a more vibrant democracy but also a more active business sector, which in turn promotes productivity and economic activity. This virtuous cycle holds many benefits for our countrymen: increased job opportunities, a higher standard of living, and a greater capacity for investment in, for example, skills development and education,” she added.

“By continuing to empower the Filipino people, the Aquino administration seeks to ensure that such gains will be enjoyed by both present and future generations,” Valte further said. (MNS)