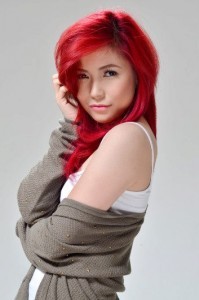 A Cinema One Originals 2013 entry, “Shift” tells the story of an “unconventional relationship” between call center agent Estela (Constantino) and her gay mentor, Trevor (played by Felix Roco).

As the winner, the people behind the film will be receiving 500,000 yen.

Meanwhile, another Filipino movie, “Anita’s Last Cha-Cha” was given a special mention.

The film tells the story of 12-year-old Anita (played by Teri Malvar), who falls in love with a grown woman, Pilar (played by Angel Aquino). 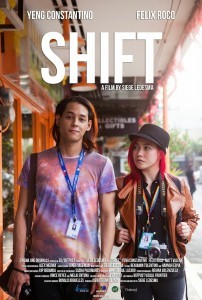 The other winners in competition were Ha Jung-woo for Most Promising Talent, Carina Lau for Best Actress, “Forever Love” for the ABC Award and “Kano” for the Audience Award.

In a statement posted in its official website, Eugene Domingo, who is part of the jury of the 2014 festival, thanked all the participants who poured in all their hard work in all the film entries.

“While all of us on the jury agree that this year the Korean films and the films from The Philippines are the ones that impressed us the most, the hard work all of you filmmakers did made our jobs watching so many movies in such short amount of time a whole lot easier,” Domingo said.

“This year, we merit a film for it’s simplicity, honestly and it’s integrity for pushing boundaries,” she added.

Aside from Domingo, the other members of the jury were Taiwan’s Tom Shu-yu Lin, and China’s Yang Lina.