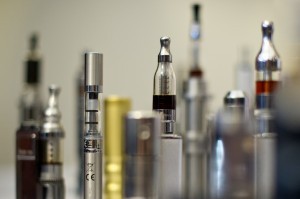 WASHINGTON (AFP) – The number of US youths who have tried e-cigarettes tripled from 2011 to 2013, raising concerns about the potential for a new generation of nicotine addicts, US health authorities said Monday.

More than a quarter of a million young people who had never smoked a cigarette used e-cigarettes in 2013, said the findings from the US Centers for Disease Control and Prevention.

That represents a threefold increase over the number that tried the electronic devices in 2011, it said in the journal Nicotine and Tobacco Research.

“The increasing number of young people who use e-cigarettes should be a concern for parents and the public health community,” said lead author Rebecca Bunnell, associate director for science in CDC’s Office on Smoking and Health.

“Especially since youth e-cigarette users were nearly twice as likely to have intentions to smoke conventional cigarettes compared with youth who had never tried e-cigarettes.”

The study found that 44 percent of non-smoking youth who had ever used e-cigarettes said they intended to smoke conventional cigarettes within the next year.

Among those who had never tried e-cigarettes, just 22 percent said they intended to try regular cigarettes.

E-cigarettes are cigarette-shaped devices that heat flavored nicotine liquid into a vapor that is inhaled, much like traditional cigarettes but without the smoke.

Instead, the user exhales a vapor, leading to the habit’s nickname, vaping.

The devices are currently unregulated on the US market, and may be marketed to minors. Their fruit and candy flavors present an additional risk to youth, experts say.

The American Heart Association has urged them to be subject to the same regulations as cigarettes and has called for a ban on sales to minors.

The US Food and Drug Administration has proposed certain regulations, but they have not yet been implemented.

“We are very concerned about nicotine use among our youth, regardless of whether it comes from conventional cigarettes, e-cigarettes or other tobacco products,” said Tim McAfee, director of the CDC’s Office on Smoking and Health.

“Not only is nicotine highly addictive, it can harm adolescent brain development,” he said.

The CDC said about three out of every four teen smokers become adult smokers, and that smoking kills nearly half a million Americans every year.