Now that he has an acting trophy tucked under his belt, Marudo stressed that he will continue to strive harder in his career. But Marudo said that does not mean he will be more choosy.

Meanwhile, Marudo is touched that actress Bea Alonzo said she considers him a blessing in her life. 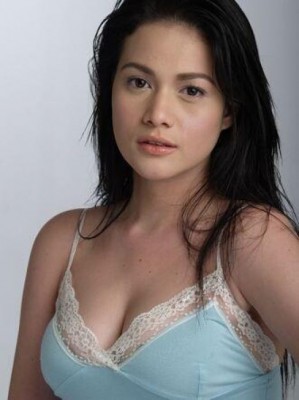 Almost two weeks ago, when Alonzo signed a 4-film contract with Star Cinema, she admitted that she and Marudo go out on dates. She also said she misses spending time with the actor whom she described as a “blessing”. Both Alonzo and Marudo are now busy fulfilling their showbiz commitments.

Currently, Marudo is busy taping for his newest series “Hiyas” while Alonzo is busy shooting her film with Vic Sotto. She is also doing a TV series titled “Guns and Roses” with action star Robin Padilla.

Lovi: I’m open now, you can date me

Young actress Lovi Poe surprised everyone during the special screening of “Captain Barbell” Thursday night when she uttered the words “I’m open now, you can date me.”

Lovi said this after the entertainment press complimented her blue Charina Sarte mini dress. According to her, she’s young and will try to enjoy life and the opportunities that come her way.

When asked if this has something to do with her relationship with former congressman Ronald Singson, Lovi begged off to answer the question. “I don’t want to say anything kasi when they asked me if I’m in a relationship I never answered yes or no.”

Singson is currently detained in Hong Kong after being caught in possession of illegal drugs. Lovi also did not confirm that she’s already single, but hinted through her words that she’s indeed very much available.

She added she’s happy with what is happening in her life now and couldn’t asked for more, especially when it comes to her career.

“I’m definitely happy with what’s going on with my life. My career is doing great and there are good people around me and I can’t complain talaga. I’m just here to enjoy.”

Lovi also said she’s not traumatized with what she experienced for months now and she’s not a skeptic when it comes to love. She added everything happens for a reason and what’s important is she picked up few learning from her roller coaster ride. “It’s like a training for me… Training for more crazy things to come,” the actress ended. (MNS)

Angelica Panganiban and her boyfriend are ‘parents’ to these fur babies