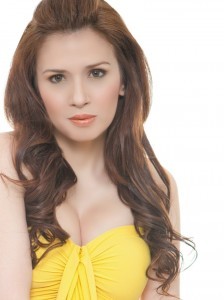 Ever since turning a year older recently, Zsa Zsa Padilla has been thinking of simple living.

“I realize that as you get older, you go back to how it was for you,” Zsa Zsa said at the press conference of her special anniversary concert “Beginnings” at Resorts World Manila.

Zsa Zsa has been mulling “downgrading,” which means going back to basic and purchasing fewer material things.

“(I’m) trying to buy less clothes,” she cited. “I’m planning these things in the future na living in a smaller house na manageable for you.”

While she and her boyfriend Conrad Onglao are blessed with luxuries in life, Zsa Zsa doesn’t wish for “grander” things.

“In life, I think I am already lucky enough to have experienced material stuff like that. I just want to go back to the basics. I keep on telling him, ‘You know, when I get older, I’ll just wear black, white, everything simple, and probably just one (other) color which is pink,’” the singer-actress said.

Her renowned architect boyfriend is rumored to be building their dream house, but Zsa Zsa clarified there is none. In the future, Zsa Zsa would want to live with him in just a two-bedroom bungalow.

“His house is big, my house in Marina is also huge. But, in the future, somebody is asking, ‘There’s this rumor na he’s already building a big house for you.’ I said, ‘Wait, my dream house is a bungalow. A two-bedroom bungalow.’ Since we have five kids between us, I said there should be one room in case one needs to be with us. (Pero) one at a time lang ha and they don’t stay there for long.

“I (would) love (to have) a garden (there) kasi we both love plants. It’s like going back to how you were starting. I remember when I was first married at 16, I was in an apartment,” she said.

Zsa Zsa admitted to have had a bout with the birthday blues a few days before turning 51.

“When I turned 50, I was so happy that I found somebody. This is another chapter in my life, that I’m just so happy. When I turned 51, I’m like ‘Wait, I’m getting older. What’s going on? Where am I headed?’ You ask yourself a lot of questions and you have these sort of birthday blues. Thank God, after three days, it was over,” she said.

Things are going well between the two, especially that their respective children approve their relationship. But when asked if they are tying the knot soon, she said, “Not yet. Maybe getting there, I don’t know. I think it will come in due time. Everybody is wishing that for me, but it has to come at the right time.”

Zsa Zsa has not asked her children Karylle, Zia and Nicole about getting married with Conrad in the future, but she believes they want her to be happy. In a separate interview, Karylle said she is open to the idea but she doesn’t want to pre-empt things as it is the couple who will decide on it.

“They have so much love and respect for me na they just want to see me happy,” Zsa Zsa said.

Her concert is named after her latest album “Beginnings,” which includes revival songs she personally chose.

“It’s so difficult to choose songs from an era kasi ang dami talagang maganda. Since there are lots of revivals, you’re thinking what has not yet been revived yet,” she said.

While Zsa Zsa takes a new chapter in her life with Conrad, she said her late longtime partner Dolphy will forever be in her heart.

“There is forever even if the person has moved on or passed on. It is forever in your heart, it will always be there. Hindi pwedeng sabihin na (because) you have found new love, it (the past) is forgotten.

“It is never forgotten. It’s just that you’re moving on with your life. In this relationship na I have nga, if it doesn’t work, you just keep on moving forward because that’s how life is. I think that has taught me so much to be courageous and do it for my children.”

“Beginnings” will be held on July 31 with special guests Karylle and Martin Nievera. The concert will feature their covers of John Legend’s “All Of Me,” Regina Belle’s “If I Could” and Randy Crawford’s “One Hello.” (MNS)