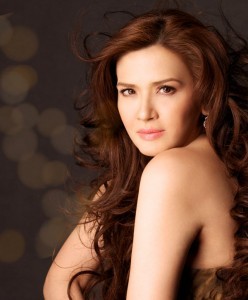 Since Padilla and Onglao made their romantic ties public, some people questioned how the singer-actress “quickly” moved on since Comedy King Dolphy’s passing.

Dolphy, who was Padilla’s partner for 23 years, died almost two years ago.

Padilla added falling in love with Onglao was not something she planned.

In a past interview, Padilla revealed she agreed to date Ongalo because she’s already tired of mourning Dolphy’s death.

Meanwhile, Padilla said she appreciates that Dolphy’s children are not against her new boyfriend.

Eric Quizon, for his part, previously said, “Zsa Zsa and I have been very good friends. And ang friendship naman namin… It doesn’t mean na just because my dad is dead, doon matatapos iyon. No. We all have our lives, we all have to move on. Whatever she does, kung saan siya masaya, she has the support of the whole family.”

“Tanggap siya [ng mga anak ko] and ang gusto ko talaga sa kanya, he’s big on family and he makes it a point din na mahalin ang mga anak ko. I really prayed hard for a man who will love my children as much as I love them,” she added. (MNS)